Campaign: Trapped where others go on vacation

Huge refugee camps are located on the Greek islands where thousands vacation each year. Shielded from and in the shadows of all-inclusive resorts, thousands are imprisoned because they seek refuge in Europe. They are made objects of state interests and have become the forgotten prisoners of Europe. This holiday season, wee want to draw attention to their fate as part of a campaign. You can learn more about their stories here: www.gefangen.eu.

Thousands of people spend their vacations on the Eastern Aegean islands every year. In addition to Crete and Rhodes, Kos and its neighboring islands are a popular destination for Germans. On Kos, there are all-inclusive resorts as far as the eye can see,  miles of sandy beaches, cocktails, and loud music . The Fraport logo is even emblazoned on the airport. Nearly 600,000 people land and take off there during the summer months, spread over nearly 4,000 flights each month.

If you leave the resorts and the and drive 15 kilometers inland you find yourself in Pyli, a small village far from the 5-star resorts and nightlife of Kos town. Pyli doesn't look like all-inclusive resorts there; in the summer, olive groves and meadows lie scorched by the sun.

Just outside of Pyli, in the middle of nowhere, is a huge facility that the Greek government and the European Union enthusiastically call the "Closed Controlled Access Center." The name represents the whole absurdity of the structure, which is used to detain the hundreds of asylum seekers who arrive daily on Kos.

Kos is less than five kilometers from Turkey, making it an entry point for the hundreds, sometimes thousands, of people who arrive in Greece each month, fleeing war and persecution and seeking protection in Europe. The government is proud of the camps, which it boasts in Youtube videos—hundreds of millions of euros spent to capture people.

The same fate awaits every asylum seeker who arrives on Kos. If they have not been victims of a  thebrutal, illegal pushbacks that take place en masse in Greece, they end up in the Closed Controlled Access Center, which they can only leave under limited circumstances. A detention center for people awaiting deportation is also a part of the centre on Kos. Often only the Greek authorities know the difference between a camp and a prison - because when someone is locked up, it doesn't matter whether a state calls it a "prison," a "camp" or an "all-inclusive resort. Detention is detention, no matter the name.

Recently, arrivals are on the rise and minors are being detained again. In many cases, minors as young as 15 are being registered by FRONTEX and the Greek authorities as adults. The risk of this happening is particularly high where there is a lack of non-governmental organizations and legal aid. On Leros - just under an hour by boat from Kos - there is another  Closed Controlled Access Center (watch the Youtube video here). The camp is located at the end of a specially constructed road, on a spit of land, otherwise surrounded only by water, exposed to the sun. The camp is only accessible by road, and you have to walk for miles to reach the nearest town. Leros also has a history as a prison and exile island for "outcasts and madmen" that is now being perpetuated by the new camp.

Although there is the ultra-modern camp, there is not a single lawyer on Leros and we receive calls for help daily. However, without a permanent presence there we can only visit the island occasionally.

Detention thus affects thousands of asylum seekers in Greece. Thousands of people who are ordered to be deported to Turkey on the basis of the EU-Turkey deal. But this will never happen because Turkey has not taken back a single person for two years. Greece and Turkey have maintained a conflict of mutual accusations and territorial claims for years. For refugees, however, the EU wants communication to work, but it doesn't and won't. And yet people are caught between worlds, they can't go forward, can't go back, caught between state interests.

The situation in Greece has fallen out of focus as the media have lost interest. Moria and other camps no longer exist, but after the fire they gave way to modern internment camps, like the ones on Kos and Leros. But it is representative of European migration policy. The lack of attention is just fine with the European Union.

The Common European Asylum System is in danger of degenerating into a Common European Detention System. Social scientists and human rights organizations have observed a "shift to detention", with thousands of people detained in camps at the external border, unable to travel on, unable to return, in a legal and de facto no man's land. With the "New Pact on Migration and Asylum," the EU wants to "reform" the system and normalize detention.

What is happening on Leros and Kos is the future of the Common European Asylum System: people detained en masse in Europe.

This has either been forgotten or never known. We want to draw attention to what is happening in Greece and create a platform that gives voice to those most affected by the current policies. In the next days and weeks we will present the fates of some of our clients and give our colleagues in Greece the opportunity to talk about their work and about what it means for them to fight every day for people who are literally trapped in this system.

You can learn more about this campaign here: www.gefangen.eu. The campaign is primarily aimed at our supporters from Germany and is therefore in German.

We would be incredibly happy if you were interested in the fate of the forgotten prisoners and support our tireless work for them. 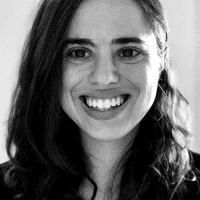 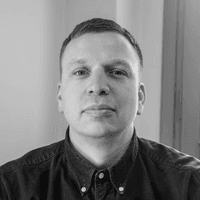 Join us in preventing unlawful imprisonment! Support our work.